Funk and the blues

Blues progressions and funk rhythms are one of those fusions that worked well for a time. Lowell Fulson’s “Tramp” and Alvin Robinson’s “Down Home Girl” spring to mind here. It was combination that worked best in the 1960s – a time of blues-inflected top 40 hits from cities like New Orleans and Memphis – a time of R&B and soul records with earthy flavor and hard drumming and spare productions. 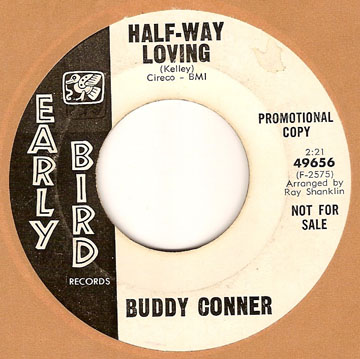 1. Buddy Conner, Half-Way Loving (Early Bird)
Though Buddy Conner and company were actually from the Bay Area, the organ, the Memphis-style horn section, the shuckin’, the jivin’: “Half-Way Loving” is as resolutely Southern as it gets.

But a few walloping drum beats later, they wasted no time getting into the down home spirit on this off-kilter bit of late ’60s funky soul. 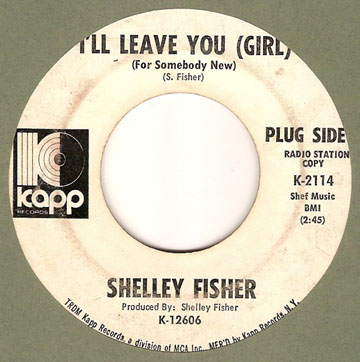 2. Shelley Fisher, I’ll Leave You (Girl) (Kapp)
Sometimes it doesn’t matter how many times I’ve heard lines like “I don’t need that kind of treatment, girl / Your love is the choking kind.” Fisher can toss out every cliché from the book of blues one-liners; sometimes a selection can succeed on the sheer gutbucket strength of its drums alone.

The Mississippi-born Shelley Fisher recorded “I’ll Leave You (Girl) (For Somebody New)” shortly after his arrival in Los Angeles in 1970, and near the beginning of his long career as a singer, songwriter, and performer. He is still active today.

There’s warping tape near the song’s beginning – that audible whoosh – there’s the stylistic shift of the song’s last loopy minute, and, in between, there’s a roomful of musicians, manic background vocalists, and two strategically placed microphones. It’s exciting to hear things captured in such visceral fidelity. I get excited, too, at sorting out exactly whose thing is whose. Maybe it’s your thing, I don’t know.

This entry was posted in Soul. Bookmark the permalink.

12 Responses to Funk and the blues