Like other Asian nations, much of the ‘60s pop music, and many of the personalities, of the Philippines came from the country’s own stylized version of Western cinema. Still, as far as the pop music scene of ‘60s Metro Manila goes, it’s rock ‘n’ roll records that I think of as the galvanizing force. Imported by US servicemen stationed at Clark Air Force Base and Subic Naval Station, and played on Armed Forces radio, I imagine the impression such records might have made on the Filipino teenager, and I imagine, too, a city a bit like the pre-Beatles Liverpool of the late ‘50s. The records were hard to come by, the musical instruments were impossible to come by, and, by virtue of its scarcity and the music’s exotic energy and excitement, the fascination with rock ‘n’ roll was born.

Commensurate with a rising wave of activism and civil unrest in the Philippines – and a growing awareness of Filipino cultural identity – rock ‘n’ roll assumed more countercultural tones as the 1960s wore on, coalescing finally as Pinoy Rock in the late ’60s. It’s the earlier forms of ’60s Filipino pop music that are surveyed very noncomprehensively this week on Office Naps, though.

The amazing Pinoy Classic Rock site was indispensable in writing this week’s post. 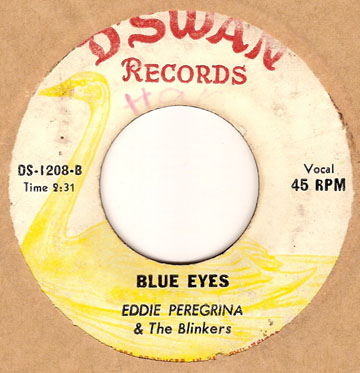 1. Eddie Peregrina & The Blinkers, Blue Eyes (D’Swan)
Singer Eddie Peregrina seems to be best remembered for his tearjerking ballads. Here with his band the Blinkers, however, the harmonies, stinging fuzztone distortion, and rough ‘n’ tumble production are reminiscent of a ‘60s American garage band doing their Yardbirds impression.

2. Vilma Valera, I Got You (I Feel Good) (Jonal)
In Philippines show business it seems that, as an actress in the movies, you would also sing in the movies. A popular actress of ‘60s Filipino cinema, Vilma Valera audaciously reworked this early James Brown dance floor hit as part of her performance for Boogaloo, a movie made in 1968. (Check out this fantastic lobby poster for it.) 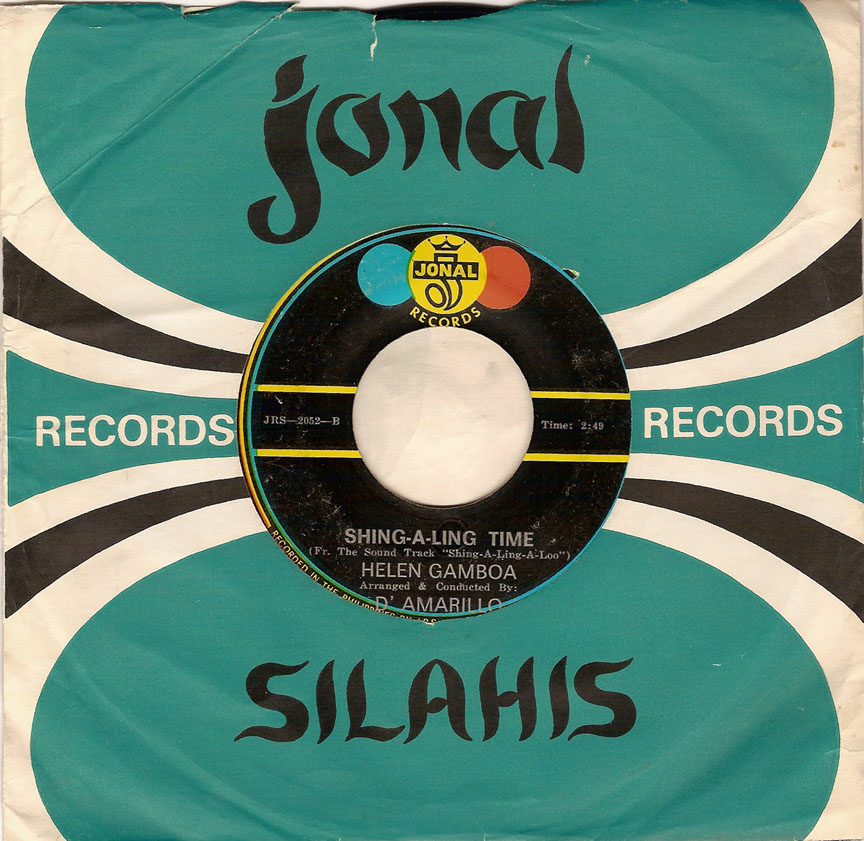 “Shing-A-Ling Time” was performed for 1968’s Shing-A-Ling-A-Loo – one of a suite of pictures from that year starring Ms. Gamboa.  (Other names included Bang-shang-a-lang, Let’s Go Hippie and Operation: Discotheque.) 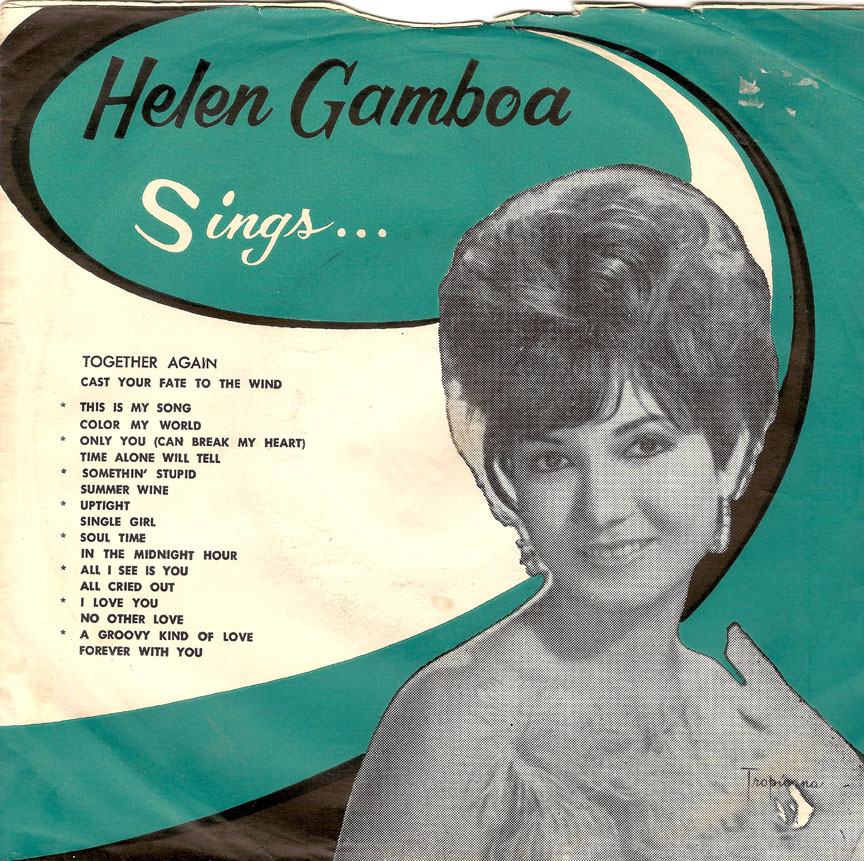 As with her colleague Vilma Valera’s “I Got You,” the arranging and conducting was handled by the enigmatic D’Amarillo, who, if these two selections are representative, seems to have been the Philippines’ equivalent of hip ‘60s soundtrack composers like Lalo Schifrin and Quincy Jones. 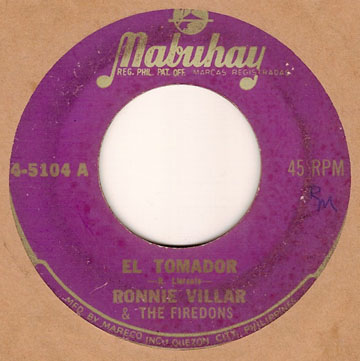 4. Ronnie Villar & The Firedons, El Tomador (Mabuhay)
England’s Cliff Richard was one of the first Western rock ‘n’ rollers to break into the Asian pop markets, albeit with somewhat polished form of the music. The Shadows, Richard’s backing band, recorded separately as an instrumental combo, and they, like their American counterparts the Ventures, were quite the pop phenomenon in Asia as well. It’s their enduring “Apache” which is rendered here in a dramatic derivation by Ronnie Villar & the Firedons. The Firedons have that same sense of melody and precision, but carry the characteristic “wet” echo sound of the Shadows to wondrous extremes.

In addition to vocalist Ronnie Villar (who obviously did not appear on this), the Firedons included Willy Villar (lead guitar), David Llorente (rhythm guitar), Cesar Llorente (bass), and Waldy Cruz (drums). I’d guess that “El Tomador” was recorded around 1963.

This entry was posted in Miscellaneous Flotsam. Bookmark the permalink.